Named for the fact that single ended stages are stacked on top of each other in “totem pole” fashion. This is not a new design. Most of the early solid state amplifiers used this configuration, some even stacked 4 stages on top of each other in an attempt to make up for the low breakdown voltage of the early transistors. Shown below is the evolution from a single ended output stage to the totem pole design. 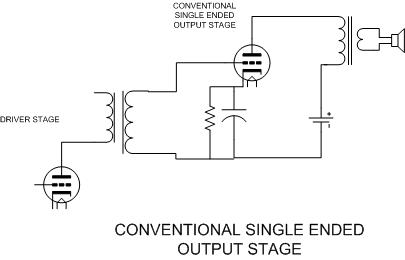 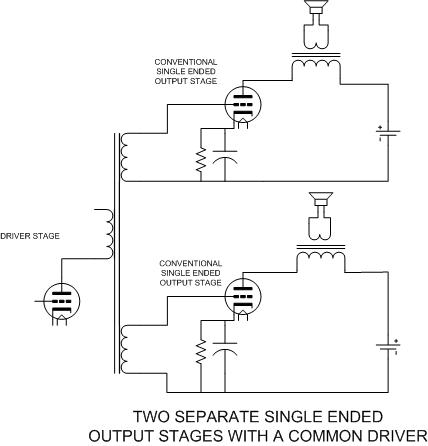 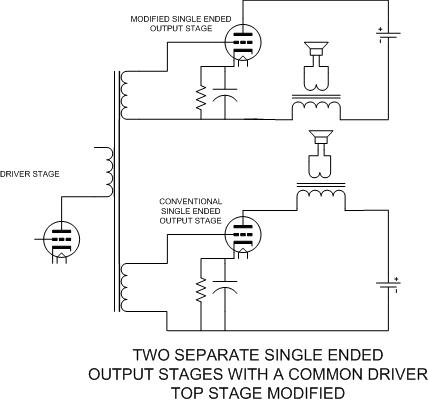 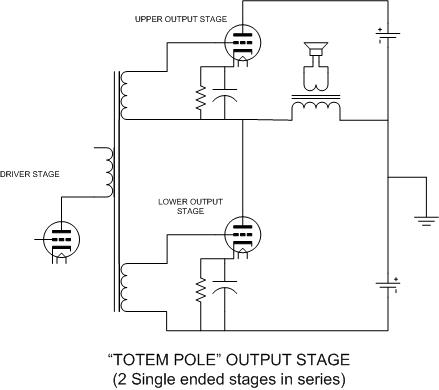 Now that we have identified the totem pole design as push - pull, why would you want to use it instead of the usual push pull design. The main reason is the low output impedance. The totem pole design can be configured with cathode followers for an even lower output impedance. This is why you see this design (or its variations ) used in output transformer less (OTL) amplifiers. What are the drawbacks? There are two. The design requires a bipolar power supply (or an output capacitor). The total supply voltage must be considerably higher than a conventional push - pull design since the tubes are in series for DC. The more serious issue is the split drive requirement. All of the early solid state designs used a transformer, which was replaced with solid state circuitry when complementary devices became available. There is no vacuum tube equivalent of a P-type fet (positron tube?) so we don't have that option. Good driver transformers are expensive, good transformers with two secondary windings are rare and expensive. We have had good success using toroidal power transformers, but you must keep the DC out of the primary. To further complicate things the drive signal for the lower tube is referenced to AC ground, but the drive to the upper tube is referenced to the output. The transformer is still the simplest method of satisfying this requirement but there have been many variations of this circuit to eliminate the transformer. The most popular are the circlotron and Futterman designs. There are some rather unique hybrid designs on the Japanese web site listed on the further information page.